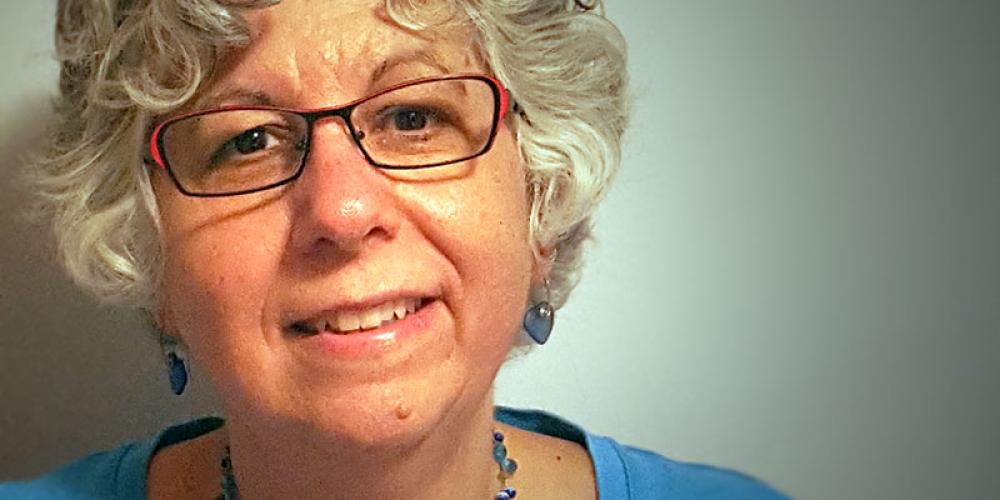 For the past 18 years, Managing Director Rita Calabro has been responsible for every event that occurs in this space from the visiting artists we present on the Meany Center Series to the annual School of Dentistry event—and no matter the occasion, Rita has brought an artistic sensibility to every production.

On October 15, Rita will take her final bow, retiring from Meany Center.

In her time at Meany, Rita brought practical solutions to myriad issues our patrons would probably only notice if Rita hadn’t thought of it first—for example, the safety railings on the main floor and balcony short aisles, or the hand dryers we recently installed in the restrooms—not the sexiest projects, perhaps, but essential to the health and well-being of our patrons, who have always been one of Rita’s main concerns. She also headed up our 2013 theater project to increase the number of wheelchair accessible spaces from four to 20!

The other thing she thinks about—a lot!—is the well-being of her staff. That’s why she created a half-time house manager position to alleviate the burden on the full-time manager of supervising an average of 47 shows per season and a large staff of student ushers.

And never let anyone say Rita doesn’t have an artistic sensibility—she’s been a major force behind promoting and celebrating student and faculty art on display in our lower gallery. Rita knows the name and history of just about every work in Meany’s permanent collection as well.

Not surprising, considering that originally, Rita thought she was going to be a high school history teacher. Then her college roommate, a theater major, suggested Rita stage manage a student production—and the trajectory of her life changed. She switched her major and graduated with a degree in theater arts.

Like many young theater hopefuls, she moved to New York, dreaming of a life on Broadway; unlike most, however, Rita aspired to a career behind the scenes. Though she had studied acting and directing as part of her curriculum, it was stage managing that always spoke to her—the opportunity to “support the entire production, to provide the tools and insights needed to create an artistic vision.”
For several years Rita worked steadily with several theaters including Lincoln Center Theater, Manhattan Theatre Club, Arena Stage, Cricket Theatre and Goodspeed Opera House. As proof of the adage “Be careful what you wish for,” Rita finally made it to Broadway, stage managing a new musical called Harrigan n’ Hart. It seemed like a winner—the book was by the writer of two bona fide Broadway hits, Bye Bye Birdie and Hello Dolly—and the cast included Mark Hamill of Star Wars fame, Christine Ebersole, and Harry Groener—the latter two coming off strong reviews in a recent revival of Oklahoma! The show opened on a Wednesday—

—And closed on Sunday of the same week.

Rita’s first Broadway show was also her last.  In the wake of Harrigan n’ Hart’s failure, she realized that she preferred working in regional theater where the driving force behind artistic productions was not making back the investors’ nut. In 1985 she came to Seattle and began working for the Seattle Repertory Theater under Daniel Sullivan. Rita stayed at the Rep for five years before departing to work first in television and then as an event producer for numerous corporations—including the rollout (literally!) of the Boeing 777. In 2001, she came to Meany Hall.

“Rita’s retirement is a huge shift for us,” says Michelle Witt, Meany’s current Artistic and Executive Director. “So much of our success is due to her. She has left very big shoes to fill.”

Matt Krashan, Founding Artistic Director of the (then) UW World Series was at Meany when Rita started. “Rita was, and is, absolutely wonderful,” he says.  “She and Michelle are the principle reasons (along with all the great staff and artists) for the success of Meany Center.  Rita is simply a great person who cares about others. She will be missed.”

Not so fast, Rita says! “I may be retiring, but I’m not leaving forever!” She plans to be back as a regular patron this season and every season.

So if you don’t get a chance to say good-bye to Rita before her last day on October 12, be sure to say hello the next time you see her at a Meany Center performance.