Brazil’s internationally acclaimed dance company, Grupo Corpo, combines the precision of classical ballet with the sensuality and passion of Latin dance rhythms. Translated as “Group Body,” the name Grupo Corpo reflects the movement style of the dancers, whose stunning physicality, dynamic ability and rich visual finesse fill the stage with theatrical, joyful dance. “Grupo Corpo’s dancers are justly celebrated for their virtuosity, and when 22 of them are moving in rippling, flickering, high-kicking unison, the audience is guaranteed a physical thrill” (The Guardian). The company celebrates their 40th year and performs two new works, Suíte Branca and Dança Sinfônica.

The contemporary Brazilian dance company Grupo Corpo, founded by Paulo Pederneiras in 1975, in Belo Horizonte, Brazil, debuted its first work, Maria Maria, the very next year. Featuring original music by Milton Nascimento, a script by Fernando Brandt and choreography by the Argentine Oscar Araiz, the ballet would go on to spend six years on stage and tour fourteen countries. But even though the piece was an immediate critical, popular and commercial success, the group´s distinctive artistic identity, its long-term popularity and its artistic achievements have been the fruits of a long, arduous journey. As a result, the group started operating in its own premises as of 1978.

While the success of Maria Maria was still reverberating throughout Brazil and in various European and Latin American countries, Grupo Corpo (literally Body Group in English) never stopped working, staging no less than six productions between 1976 and 1982. In the first phase of the group´s existence, the influence of Araiz, who in 1980 would write O Último Trem, was evident in varying degrees in the dance troupe´s work. However, the company´s distinctive features and personality were chiefly molded by Paulo Pederneiras, the man responsible for sets and lighting the group´s performances and its artistic direction and the dancer Rodrigo Pederneiras, who left the stage in 1981 to assume the role of full-time choreographer.

In 1985, the company launched what would be its second great success: Prelúdios, a theatrical piece incorporating twenty-four Chopin preludes interpreted by pianist Nelson Freire. It was the group´s first collaboration with Freusa Zechmeister, who remains the company´s costume designer. The show debuted to public and critical acclaim at the First International Dance Festival of Rio de Janeiro and would cement the group´s reputation in the world of contemporary Brazilian dance.

Grupo Corpo then entered a new phase, establishing its own unique theatrical language and choreography. Starting with an erudite repertoire featuring the works of Richard Strauss, Heitor Villa-Lobos and Edward Elgar, among others, the company began combining classical technique with a contemporary re-reading of popular Brazilian dance forms. This would become the group´s trademark.

In 1989, the creative nucleus of the company gained another important  collaborator in artist Fernando Velloso. Alongside Zechmeister and Paulo Pederneiras, Velloso helped establish the group´s visual identity, acting as set designer until 2002, when Paulo Pederneiras took over the responsibility.

In the same year the group debuted Missa do Orfanato, a complex theatrical reading of  Mozart´s Missa Solemnis k.139. Almost operatic in dimensions, this ballet became such an esthetic triumph that, nearly two decades later, it remains in the company´s repertoire.

The group underwent a radical transformation three years later with the production of 21, a ballet which confirmed the uniqueness of Rodrigo Pederneiras´s choreography and the unmistakable persona of the dance troupe. Utilizing the singular sounds of Brazilian instrumental group Uakti, as well as ten themes composed by Marco Antônio Guimarães, 21 leaves behind the group´s preoccupation with technical form and sees it taking apart melodies and rhythms in order to explore their underlying ideas. The decision to once again use specifically composed scores – a mark of the group´s first three shows in the 1970s – allowed it to further explore the language of popular Brazilian dance. As the critic Rui Fontana Lopes put it, the group had finally found "the most precise translation of the word ballet into the mother tongue."

In the work that followed, Nazareth, Rodrigo Pederneiras´s fascination with traversing the worlds of both popular and erudite music found a perfect opportunity for fuller expression. Inspired by the verbal games of Brazilian literary icon Machado de Assis (1839-1908) and by the works of Ernesto Nazareth (1863-1934), a seminal figure in the formation of Brazilian popular music, the work was scored by composer and literary theorist José Miguel Wisnik. Though built on a solid, classical foundation, the production brought together in good-humored fashion the light-hearted and sensual elements inherent Brazilian popular dances.

The partnership of Grupo Corpo with contemporary authors has been such a success that scores composed especially for the company have become the norm, and each score has inspired a new creation. An exception came in 2004 with the production of Lecuona, a work that drew on thirteen love songs by the Cuban composer Ernesto Lecuona (1895-1963) and in which Rodrigo Pederneiras demonstrated his gift for the creation of pas- de- deux.

Beginning in the mid-1990s, nearly two decades after its inception, Grupo Corpo intensified its international touring. Between 1996 and 1999, it was the resident dance company of the Maison de la Danse in Lyon, France. Several of the group´s creations (Bach, Parabelo and Benguelê) were first staged in Europe over this period.

Today, having created 35 choreographies and more than 2,300 pieces, the Brazilian dance company maintains ten ballets in its repertoire and gives 80 performances a year in places as distinctive as Iceland and South Korea, the United States and Lebanon, Canada, Italy, Singapore, the Netherlands, Israel, France, Japan and Mexico.

The minimalism of Philip Glass (Sete ou Oito Peças para um Ballet); the vigorous pop and urban sounds of Arnaldo Antunes (O Corpo); the primordial experimentalism of Tom Zé (Santagustin and, with Wisnik, Parabelo); the African sensibility of João Bosco (Benguelê); the metaphysical verse of Luís de Camões and Gregório de Mattos; the light touch of Caetano Veloso and Wisnik (Onqotô); the rootsy modernity of Lenine (Breu); the poetry of polarities (Ímã): Grupo Corpo has drawn on all of these elements and more to produce shows of a very diverse character – cerebral, cosmopolitan, primitive, existential, tough – while always keeping in sight the company´s distinctive traits.

Subscribers get discounted pricing to 2020-21 special performances. Add on to your subscription today. 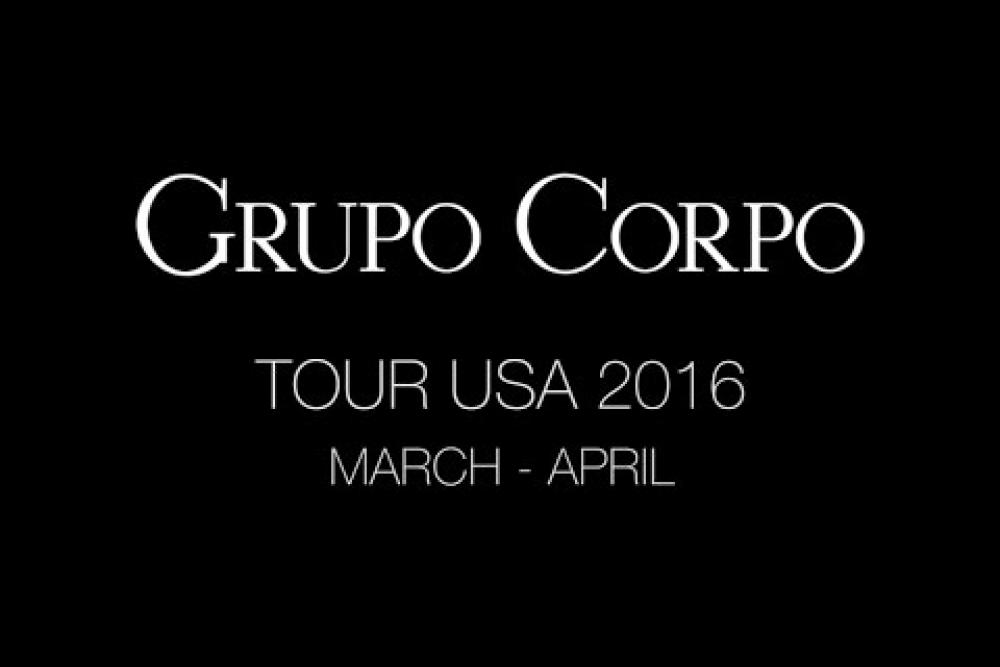 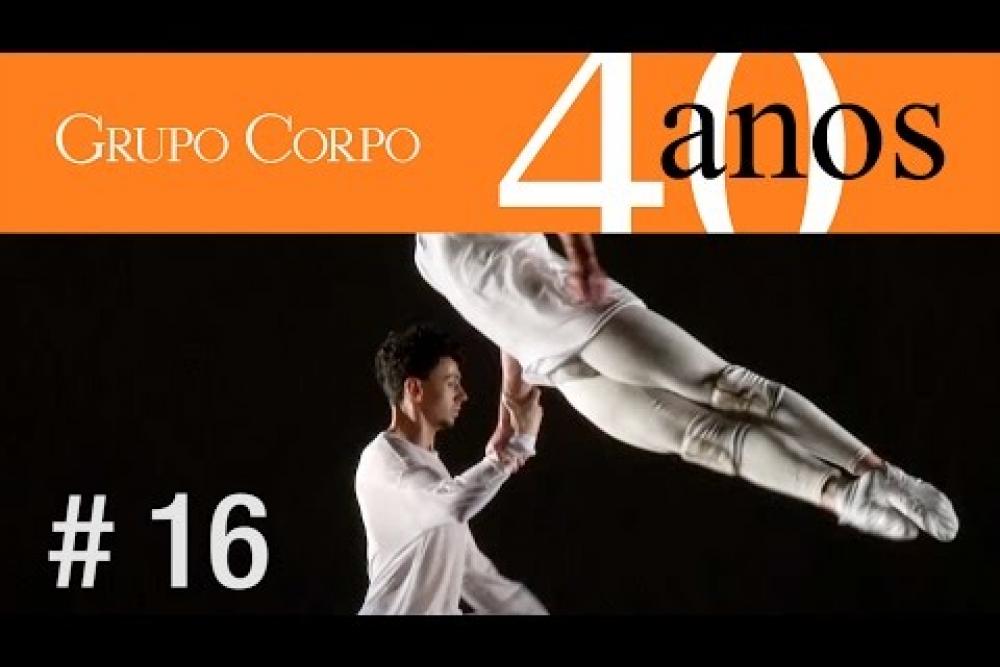