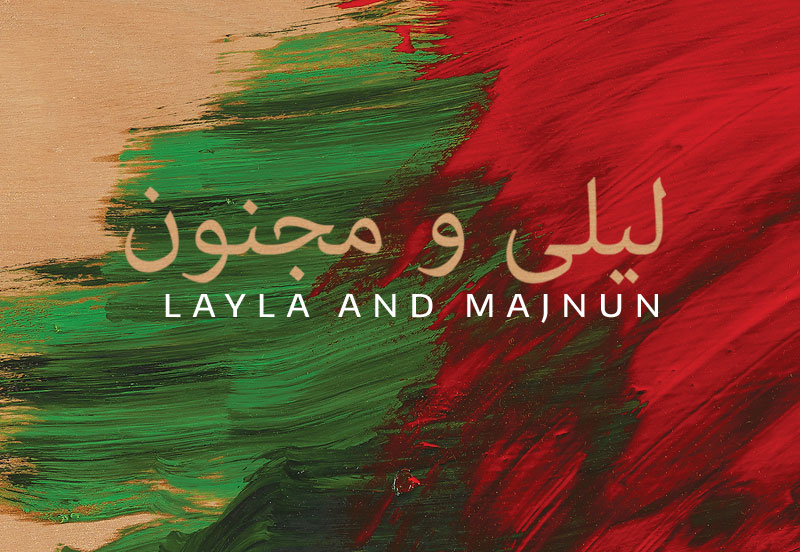 Mark Morris Dance Group returns to Meany Center to perform Layla and Majnun, an original dance and music production based on an ancient Persian tale well known in the Islamic world and the subject of its first opera, by Azerbaijani composer Uzeyir Hajibeyli. The work will explore the themes of love, madness and mysticism through Mark Morris’ lyrical choreography and feature popular mugham singers Alim Qasimov and Fargana Qasimova, the vibrant musicality of the Silk Road Ensemble and the striking visual palette of British painter Howard Hodgkin. Meany Center is proud to be a co-commissioner of this remarkable work.

Please note: Yo-Yo Ma will not be performing with the Silk Road Ensemble.

Running time: 65 minutes. No late seating and no intermission.

TRAFFIC ADVISORY: SR 520 and SR 99/Alaskan Way Viaduct closures this weekend, Oct. 7-9Both directions of SR 520 from SR 513/Montlake Boulevard to 92nd Avenue Northeast will be closed from 11 p.m. Friday, Oct. 7 to 5 a.m. Monday, Oct. 10. In addition, both directions of SR 99/Alaskan Way Viaduct between South Spokane Street and the Battery Street Tunnel will be closed from 6 a.m. to 6 p.m. daily, Oct. 8-9.

The presentation of Layla and Majnun was made possible by the New England Foundation for the Arts' National Dance Project, with lead funding from the Doris Duke Charitable Foundation and the Andrew W. Mellon Foundation, with additional support from the National Endowment for the Arts.

MARK MORRIS, hailed as “the most successful and influential choreographer alive, and indisputably the most musical” (New York Times), was born on August 29, 1956, in Seattle, Washington, where he studied with Verla Flowers and Perry Brunson. In the early years of his career, he performed with the companies of Lar Lubovitch, Hannah Kahn, Laura Dean, Eliot Feld, and the Koleda Balkan Dance Ensemble. He formed the Mark Morris Dance Group (MMDG) in 1980 and has since created close to 150 works for the company. From 1988 to 1991, he was Director of Dance at the Théâtre Royal de la Monnaie in Brussels, the national opera house of Belgium. In 1990, he founded the White Oak Dance Project with Mikhail Baryshnikov. Morris is also an acclaimed ballet choreographer, with twenty works commissioned by ballet companies worldwide.

Noted for musicality, he has been described as “undeviating in his devotion to music” (The New Yorker). He began conducting performances for MMDG in 2006 and has since conducted at The International Festival of Arts & Ideas, Lincoln Center, and BAM (Brooklyn Academy of Music). In 2013 he served as Music Director for the Ojai Music Festival. Morris also works extensively in opera, directing and choreographing productions for The Metropolitan Opera, New York City Opera, English National Opera and The Royal Opera, Covent Garden, among others.

He was named a Fellow of the MacArthur Foundation in 1991 and has received eleven honorary doctorates to date. He has taught at the University of Washington, Princeton University and Tanglewood Music Center. He is the subject of a biography, Mark Morris, by Joan Acocella (Farrar, Straus & Giroux) and Marlowe & Company published a volume of photographs and critical essays entitled Mark Morris’ L’Allegro, il Penseroso ed il Moderato: A Celebration. A new book, Mark Morris: Musician-Choregrapher, by musicologist Stephanie Jordan was released in Fall 2015.

Morris is a member of the American Academy of Arts and Sciences and the American Philosophical Society, and has served as an Advisory Board Member for the Rolex Mentor and Protégé Arts Initiative. He has received the Samuel H. Scripps/American Dance Festival Award for Lifetime Achievement, the Leonard Bernstein Lifetime Achievement Award for the Elevation of Music in Society, the Benjamin Franklin Laureate Prize for Creativity, the International Society for the Performing Arts’ Distinguished Artist Award, the Cal Performances Award of Distinction in the Performing Arts, the Orchestra of St. Luke's Gift of Music Award, and the 2016 Doris Duke Artist Award. In 2015, Morris was inducted into the Mr. and Mrs. Cornelius Vanderbilt Whitney Hall of Fame at the National Museum of Dance in Saratoga Springs, New York.

Morris opened the Mark Morris Dance Center in Brooklyn, New York, in 2001 to provide a home for his company, rehearsal space for the dance community, outreach programs for children and seniors, and a school offering dance classes to students of all ages and abilities.

THE MARK MORRIS DANCE GROUP Founded in New York City in 1980 by artistic director and choreographer Mark Morris, the Mark Morris Dance Group (MMDG) has been called “the preeminent modern dance organization of our time” (Yo-Yo Ma), its members receiving “highest praise for their technical aplomb, their musicality, and their sheer human authenticity.” (Bloomberg News). Live music and community engagement are vital components of the Dance Group, which has toured with its own musicians, the MMDG Music Ensemble, since 1996. Through Access/MMDG programming, the Dance Group provides educational opportunities in dance and music to people of all ages and abilities while on tour internationally and at home at the Mark Morris Dance Center in Brooklyn, NY.

Meany Hall for the Performing Arts

The Music of Strangers: Yo-Yo Ma and the Silk Road Ensemble, the latest film from the creators of the Oscar-winning documentary 20 Feet from Stardom and the critically-hailed Best of Enemies, follows an ever-changing lineup of performers drawn from the ensembles more than 50 instrumentalists, vocalists, composers, arrangers, visual artists and storytellers as they gather in locations across the world, exploring the ways art can both preserve traditions and shape cultural evolution.

Blending performance footage, personal interviews and archival film, director Morgan Neville and producer Caitrin Rogers focus on the journeys of a small group of Silk Road Ensemble mainstays from across the globe to create an intensely personal chronicle of passion, talent and sacrifice. Through these moving individual stories, the filmmakers paint a vivid portrait of a bold musical experiment and a global search for the ties that bind.

A free workshop for all ages and all levels will be taught by a member of the Mark Morris Dance Group. Students will learn an excerpt from Layla and Majnun. No dance experience necessary. RSVP to mcengage@uw.edu.

Join UW faculty from Near Eastern Languages in conversation with Layla and Majnun collaborator, Aida Huseynova, in the west lobby to learn more about the story of Layla and Majnun and the process of envisioning and adapting it for the stage.

This event is for ticketholders only.

Masking and proof of vaccination (or negative COVID-19 test) are required for everyone attending Meany Center events.

Subscribers get early access to single tickets now for entire season and save 10%. 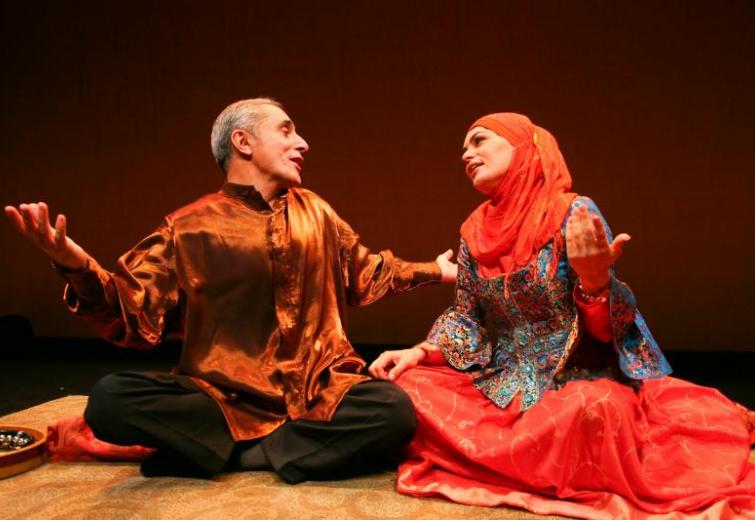 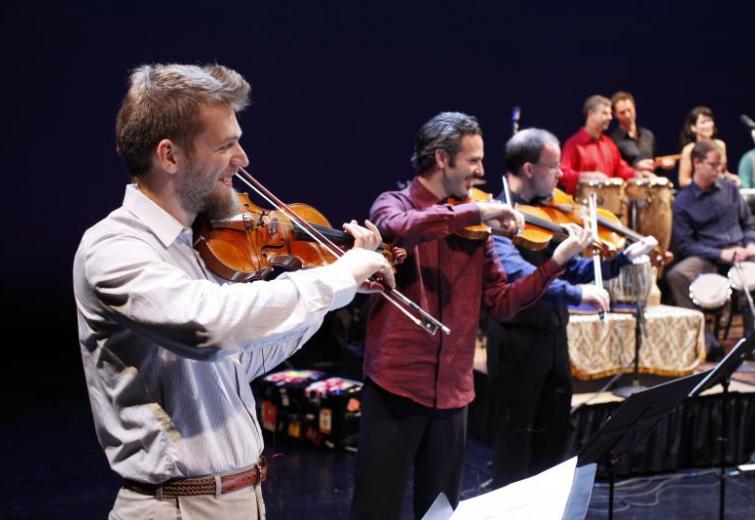