BANDALOOP participated in the Creative Fellowships Initiative in partnership with Department of Dance.

A pioneer in vertical dance performance, BANDALOOP seamlessly weaves dynamic physicality, intricate choreography and the art of climbing to turn the dance floor on its side. Founded by choreographer and artistic director Amelia Rudolph, BANDALOOP’s indoor/outdoor work has been presented in theaters and museums, on skyscrapers, bridges, billboards and historical sites, in atriums and convention halls, in nature on cliffs, and on screen. BANDALOOP honors nature, community and the human spirit by bringing dance to new audiences, activating public and natural spaces, and re-imagining what dance can be. 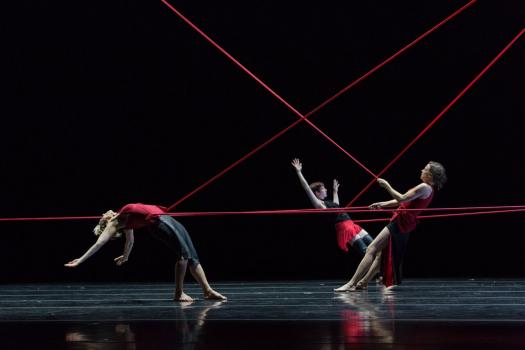 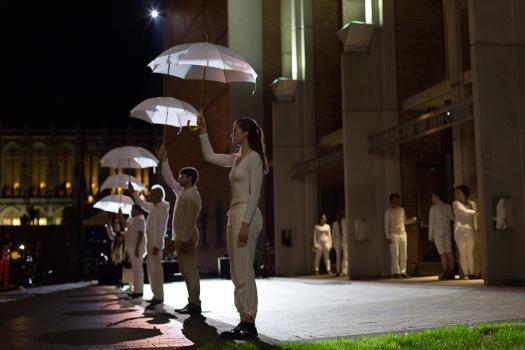 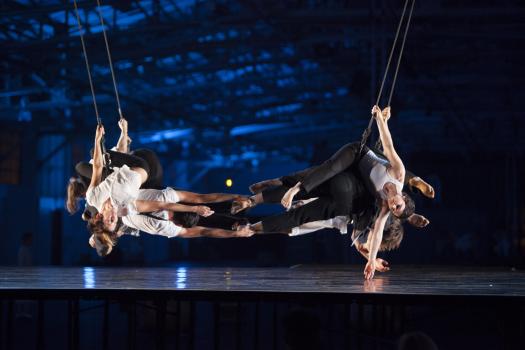 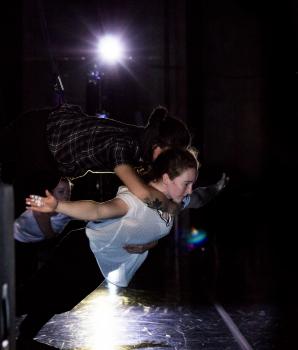 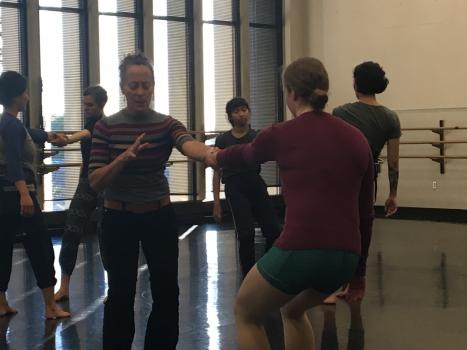 Artistic director Amelia Rudolph of dance company BANDALOOP, whose work has been described as “bracingly original” by the Oakland Tribune, developed a new work, Strings, with a score by composer Gabriel Prokofiev whose work in merging classical with electronica has been recognized as being “in the vanguard of redefining classical music conventions” by the Financial Times.

Through dynamic dance and rigging systems where the rope itself becomes a character, the new harness-based work makes visceral the normally hidden ways we effect and are effected by one another.

Read a Q&A with Ameila about Strings and BANDALOOP's time in residence.

Created as part of the University of Washington's Creative Fellowships Initiative,
funded by a grant from The Andrew W. Mellon Foundation