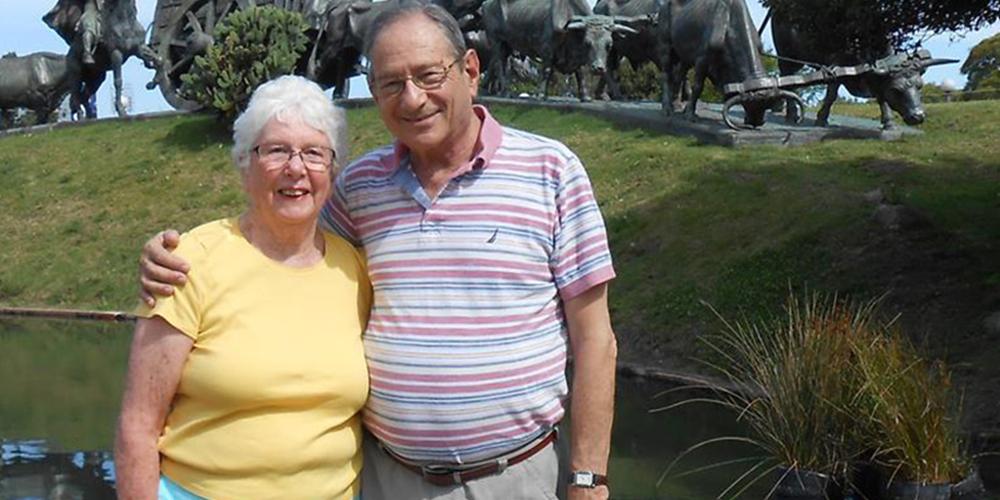 Ask Eric and Margaret Rothchild why they decided to so generously underwrite the President’s Piano Series and they’ll tell you: “Because it is important.”

Eric, who began playing piano as a boy in New York City and remembers attending one of Rachmaninoff’s final performances, points out that many, many people play. (In fact, more Americans play piano than all other instruments combined!) The Rothchilds were concerned that since audiences for piano are smaller than those for other events, support for the President’s Piano might dwindle—and with it the important work of building repertoire and developing future audiences.

Eric and Margaret felt strongly that this mustn’t happen, and so they put their money where their passion is and underwrote the 2015-16 President’s Piano Series.

One of the things the Rothchilds particularly appreciate about UW World Series is the fact that, unlike larger arts presenters that must rely on big names to sell out large halls, UWWS can take more chances on newer and lesser-known artists—introduce them to their public and give audiences the opportunity to watch young artists develop. Eric mentions Angela Hewitt in particular. “I was here the first time she appeared on the series,” he remembers. “Over the years I’ve had the pleasure of watching her grow in artistry and confidence. She’s a major star now.”

Plus there’s the Hall itself: “Meany Hall—its size, the acoustics—offers something special,” Eric says. “Pianists like playing here. The President’s Piano Series is unique in this town.”

Eric knows whereof he speaks. A native New Yorker, he attended concerts by all the greats—Horowitz, Rubenstein and, of course, Rachmaninoff—at the City’s finest concert venues. He was so inspired by these masters that while studying literature at Oberlin College, he took full advantage of the Oberlin Conservatory resources—practice rooms, lessons, and courses in music theory and appreciation. After a stint in the army, he returned to New York where he met and married Margaret, an accomplished chef, and joined his family’s international shipping business.

But throughout a long and adventurous life (among other things, Eric and Margaret ran an inn in Vermont for several years and spent a year in Namibia volunteering at a small boarding school through the nonprofit organization World Teach) music remained a joy to both. While in Vermont they attended the Marlboro Music Festival every year. But after returning from Namibia to Vermont in February to find snow up to their thighs, they decided to dig out the car and move someplace warmer. Eventually, the couple settled on Seattle.

A chance tennis game with a former UWWS Board Member led to an invitation for Eric and Margaret to attend an Emerson Quartet concert at Meany Hall—and the two were hooked. Eric joined the board and remained on it for 12 years before becoming an emeritus member in 2012.

The Rothchilds’ support has been generous and unstinting—both of the programs we present and of Michelle Witt’s vision going forward. “The program is in good hands,” Eric says, “because Michelle takes risks, offers a wide spectrum of dance and music, takes chances on young artists and encourages participation from young people—especially students at the UW.”

While the Rothchilds love all kinds of music and performing arts—Margaret is especially partial to World Music and Theatre; Eric attends everything!—they are underwriting the President’s Piano Series because of the artists we attract, the knowledgeable audiences who attend and the wonderful mix of old masters and new. As Eric puts it, “It’s a great place to hear great music.”