Rauschenberg in the House 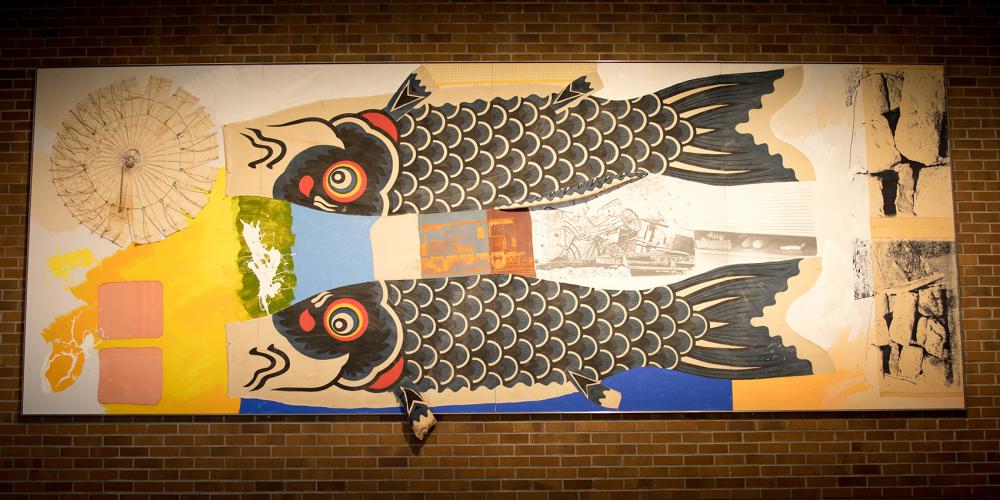 One of the bonuses of attending performances at Meany Hall is the opportunity to view work by some of our nation’s great visual artists before the show begins or during intermissions. From Jacob Lawrence to Windsor Utley, there’s as much talent on display off stage as on.

In October, thanks to the generosity of UW donors Marsha and Jay Glazer, there will be a new piece to admire when the season opens: Doubleluck, by Robert Rauschenberg, on loan from the Glazers’ private collection.

Rauschenberg’s work is exhibited all over the world; he is considered the forerunner of essentially every postwar movement since Abstract Expressionism, paving the way for later artists such as Andy Warhol and Ray Lichtenstein

His six-decade career was marked by frequent collaborations with artists working in multiple genres—performing artists, choreographers and musicians as well as other visual artists. Two of his most notable collaborations were with two artists with deep ties to Meany Center—Merce Cunningham and Trisha Brown, for whom he designed sets and costumes for numerous productions.

Created in 1995, this massive 8’ by 20’ work features techniques that echo through much of Rauschenberg’s work including juxtaposition of materials (in this case, acrylic, Japanese kite, parachute, and fabric on bonded aluminum), doubling of imagery, photo transference and bold color variance.

So the next time you are in Meany Hall for a performance, be sure to look for Doubleluck in our West Lobby over the staircase. We feel doubly lucky to have it!