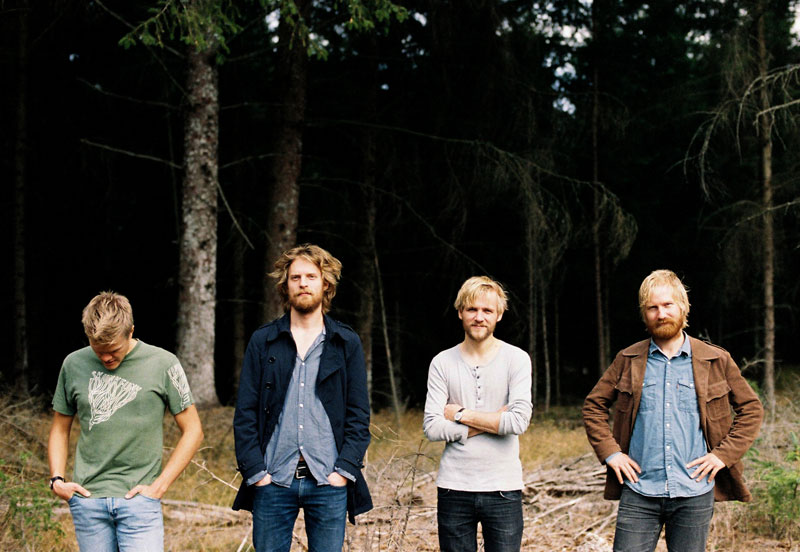 The Danish String Quartet has established a reputation for possessing an integrated sound, impeccable intonation and judicious balance.  With their technical and interpretive talents matched by an infectious joy for music-making and “rampaging energy” (The New Yorker), the quartet has been acclaimed as one of the “best quartets before the public today” (Washington Post).  Since making their debut in 2002 at the Copenhagen Festival, this group of musical friends has demonstrated a passion for Scandinavian composers, who they frequently incorporate into adventurous programs, while also proving skilled and profound performers of the classical masters.

The Danish String Quartet has reached incredible heights in the course of its 10 years of existence. In January 2012 the quartet was appointed to the prestigious Chamber Music Society of Lincoln Center Two program beginning with the 2013-2014 season. This achievement comes as the last in a row of distinguished accomplishments. In 2009 the quartet not only won First Prize in the Eleventh London International String Quartet Competition, but its performance was so convincing that it was awarded four additional prizes; The 20th Century Prize, the Beethoven Prize, the Sidney Griller Award and the Menton Festival Prize. Prior to this triumph the quartet has won competitions in Denmark, Norway and Holland.

In 2006 the Danish String Quartet was the Danish Radio ‘Artist in Residence’. The residency gave the quartet opportunity to record all Carl Nielsen’s String Quartets in the Danish Radio Concert Hall. The recordings were released on the Dacapo label in 2007 and 2008 and they were hailed by the critics as extremely successful recordings. 2012 will see a new release from the quartet with works by Bartok and Beethoven. The high technical and musical quality, the joy of playing, the powerful impact the quartet makes on stage and the fresh approach to familiar repertoire has become a trademark for the Danish String Quartet. These qualities have led the quartet to success everywhere. The four young musicians have performed all over Europe, returning repeatedly to particularly Germany and the UK, where Wigmore Hall is one of the venues. The quartet was announced NORDMETALL –Ensemble Prize Winner 2010 in the Mecklenburg-Vorpommern Festival in Germany. The Danish String Quartet’s main teacher and mentor is Professor Tim Frederiksen. In addition the quartet has participated in master classes and received instruction from the Tokyo- and Emerson Quartets, Alasdair Tait, Paul Katz and Hugh Maguire.The quartet was awarded the highly prestigious Carl Nielsen Prize 2011 which is Denmark’s largest cultural prize.