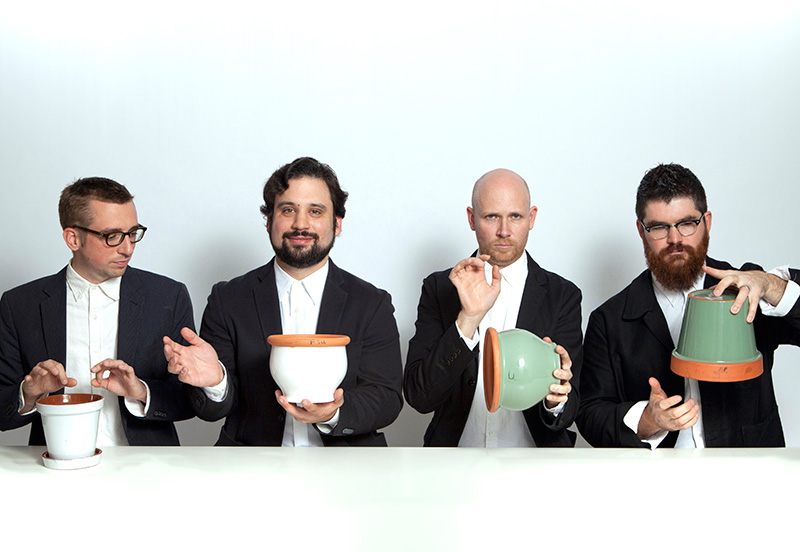 For over a decade, Sō Percussion has redefined the modern percussion ensemble as a flexible, omnivorous entity, pushing its voice to the forefront of American musical culture. Praised by The New Yorker for their “exhilarating blend of precision and anarchy, rigor and bedlam,” Sō Percussion’s career now encompasses 16 albums, touring around the world, a dizzying array of collaborative projects and several ambitious educational programs.

For over a decade, So Percussion has redefined the modern percussion ensemble as a flexible, omnivorous entity, pushing its voice to the forefront of American musical culture.  Praised by The New Yorker for their “exhilarating blend of precision and anarchy, rigor and bedlam,” So’s adventurous spirit is written into the DNA passed down from composers like John Cage and Steve Reich, as well as from pioneering ensembles like the Kronos Quartet and Nexus Percussion.   So Percussion’s career now encompasses 16 albums, touring throughout the USA and around the world, a dizzying array of collaborative projects, several ambitious educational programs, and a steady output of their own music.

When the founding members of So Percussion convened as graduate students at the Yale School of Music, their initial goal was to present an exciting repertoire of pieces by 20th century luminaries such as Cage, Reich, and Iannis Xenakis.  An encounter with David Lang, Pulitzer Prize-winning composer and co-founder of New York’s Bang on a Can organization, yielded their first commissioned piece: the 36 minute, three movement the so-called laws of nature. Since that first major new work, So has commissioned some of the greatest American composers of our time to build a new repertoire, including Steve Reich, Steve Mackey, Paul Lansky, Martin Bresnick, and many others.

Over time, an appetite for boundless creativity lead the group to branch out beyond the composer/interpreter paradigm.  Since 2006 with group member Jason Treuting’s amid the noise, the members of So Percussion have been composing in their own right within the group and for others.  In 2012 their third evening-length work Where (we) Live premieres at the Walker Art Center in Minneapolis, travelling to the Brooklyn Academy of Music’s 30th Next Wave Festival and the Myrna Loy Center in Helena, MT.  Where (we) Live follows on the heels of 2009’s Imaginary City, a fully staged sonic meditation on urban soundscapes.  In 2011, So was commissioned by Shen Wei Dance Arts to compose Undivided Divided, a 30-minute work conceived for Manhattan’s massive Park Avenue Armory.

So Percussion’s artistic circle extends beyond their contemporary classical roots.  They first expanded this boundary with the prolific duo Matmos, whom The New York Times called “ideal collaborators” on their 2010 combined album Treasure State.  Further projects and appearances with Wham City shaman Dan Deacon, legendary drummer Bobby Previte, jam band kings Medeski, Martin, and Wood, and Wilco’s Glenn Kotche drew the circle even wider.  In 2011, the rock band The National invited So to open one of their sold-out shows at New York’s Beacon Theater.

So’s recording of the so-called laws of nature became the cornerstone of their self-titled debut album on Cantaloupe Music (the record label from the founders of Bang on a Can) in 2004.  In subsequent years, this relationship blossomed into a growing catalogue of exciting records.   In 2011, So released six new albums, ranging from their definitive recording of Steve Reich’s Mallet Quartet – composed for them in 2009 - on Nonesuch Records, to Steve Mackey’s epic quartet It Is Time on Cantaloupe, to their collaborative album Bad Mango with jazz trumpeter Dave Douglas on Greenleaf Music.  The BBC raved of So’s performance of Mallet Quartet that they “have it nailed, finding both the inner glow and the outer edge, and never letting the tapestry lapse into the flat or routine.”

So Percussion is heavily involved in mentoring young musicians.  They are the newly appointed Edward T. Cone Ensemble-in-Residence at Princeton University, working with both Princeton-affiliated composers and the broader university community.  In 2009, they created the annual So Percussion Summer Institute on the campus of Princeton University. The Institute is an intensive two-week chamber music seminar for college-age percussionists featuring the four members of So as faculty in rehearsal, performance, and discussion of contemporary music for students from around the world.   Its members are also Co-Directors of a new percussion department at the Bard College-Conservatory of Music.  This top-flight undergraduate program enrolls each student in a double-degree (Bachelor of Music and Bachelor of Arts) course in the Conservatory and Bard College, equipping them with elite conservatory training and a broad liberal arts education.

So has been featured at many of the major venues in the United States, including Carnegie Hall, Lincoln Center, the Brooklyn Academy of Music, Stanford Lively Arts, Texas Performing Arts, and many others.  In addition, a recent residency at London’s Barbican Centre, as well as tours to Western Europe, South America, Russia, and Australia have brought them international acclaim.

So would like to thank Pearl/Adams Instruments, Zildjian cymbals, Vic Firth drumsticks, Remo drumheads, Black Swamp Accessories, and Estey organs for their sponsorship. 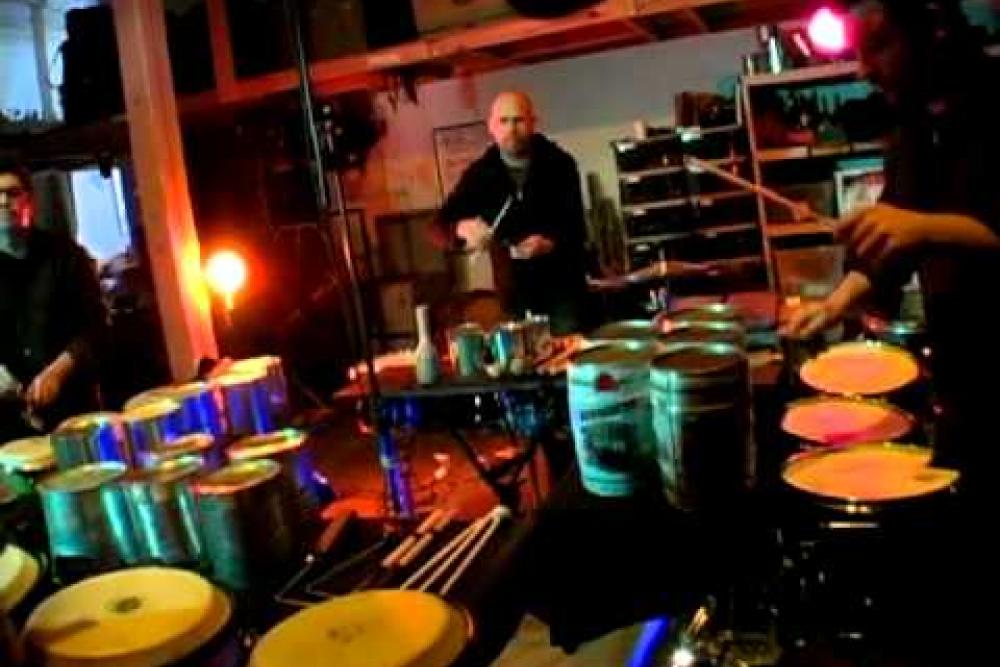 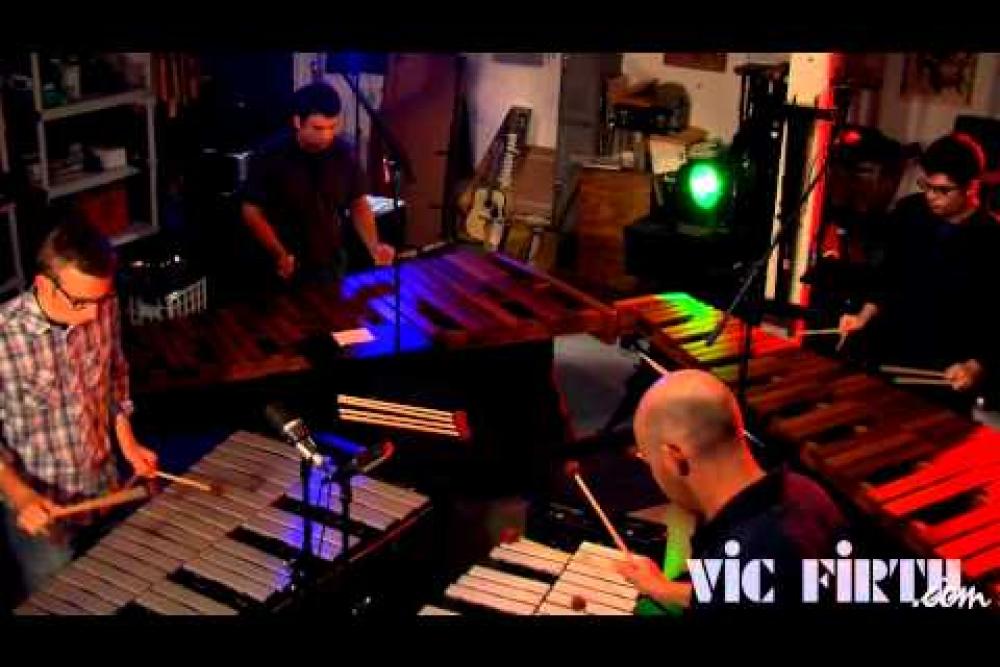