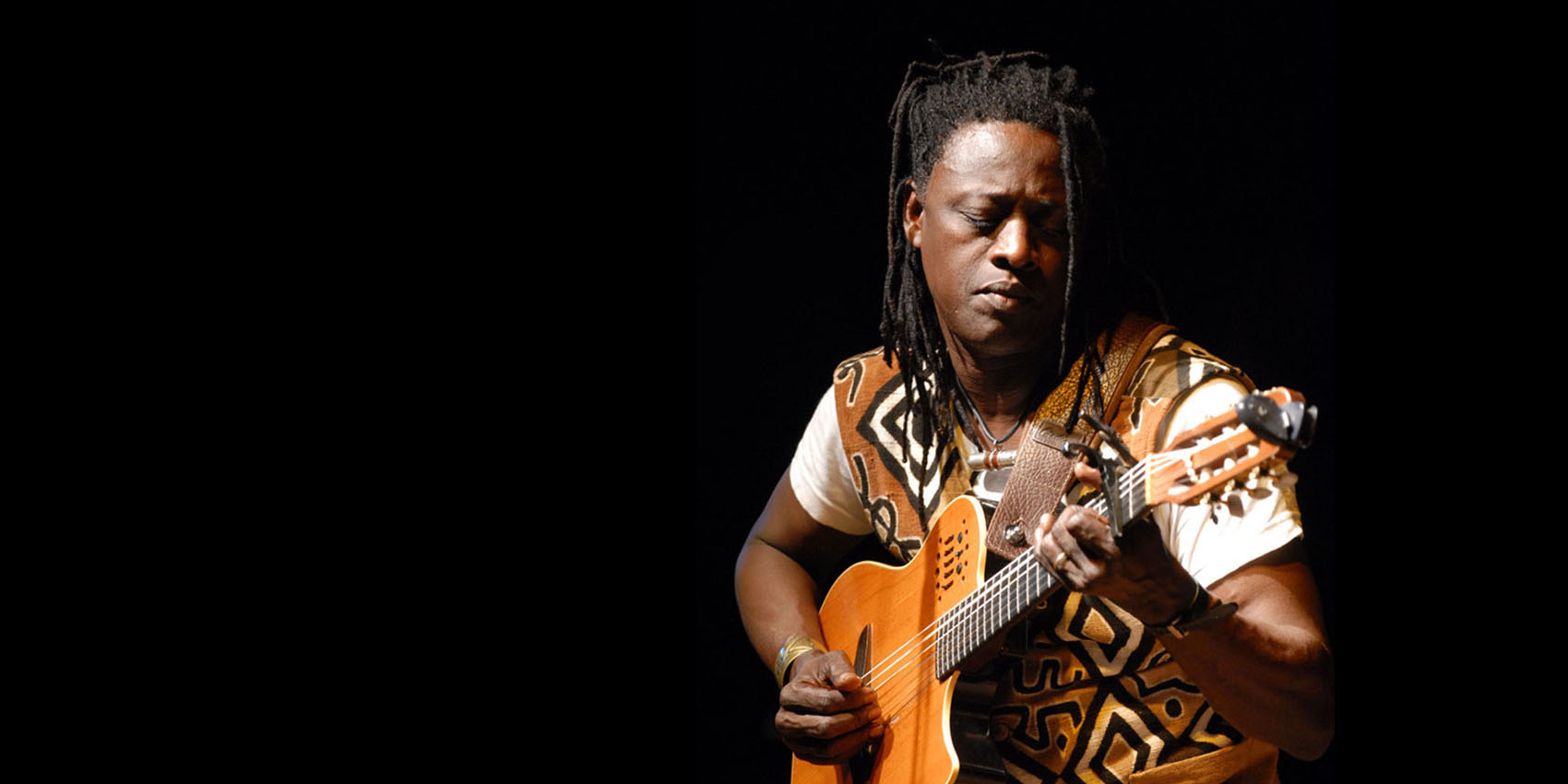 Hailing from the West African nation of Mali, guitarist and composer Habib Koité has been named the biggest pop star of the region by Rolling Stone. His artistry and magnetic personality have made him an international star, placing him firmly among the leading figures in contemporary world music. Koité‘s most recent release, Soô (which translates to “home”), looks squarely at his native land, a country torn apart by violence, at a time when a real feeling of home couldn’t be more vital.

His reputation as a guitar player has become almost mythical, combining rock and classical techniques with Malian tunings that make the guitar sound like a kora or ngoni.
— The New York Times

Malian guitarist Habib Koité is one of Africa’s most popular and recognized musicians. Habib Koité was born in 1958 in Thiès, a Senegalese town situated on the railway line connecting Dakar to Niger, where his father worked on the
construction of the tracks. Habib was headed for a career as an engineer, but on the insistence of his uncle, who recognized Habib's musical talent, he enrolled at the National Institute of Arts (INA) in Bamako, Mali. In 1978, after only six months, he was made conductor of INA Star, the school's prestigious band. He studied music for four years, graduating at the top of his class in 1982. Mali has rich and diverse musical traditions, which have many regional variations and styles that are particular to the local cultures. Habib is unique because he brings together different styles, creating a new pan-Malian approach that reflects his open-minded interest in all types of music.