Meany Hall for the Performing Arts 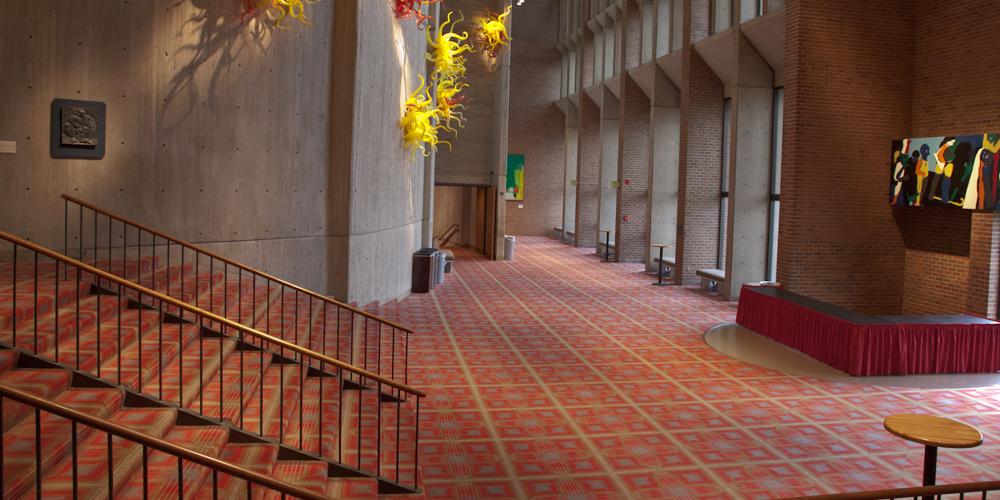 Considered one of the region’s premier performance facilities, Meany Hall for the Performing Arts includes two performance venues: the 1,206 seat proscenium Katharyn Alvord Gerlich Theater and the 238 seat Meany Studio Theatre. It is is beloved by artists and audience members alike for its outstanding acoustics and intimate ambiance.

From its earliest beginnings, Meany Hall has symbolized the Northwest’s dedication to community education, culture and the arts. Its stages host international performers through Meany Center's visiting artist program, as well as performers from the School of Drama, School of Music, Department of Dance and the Department of Digital Arts and Experimental Media. Its interior spaces are adorned with the work of Northwest artists. In addition, Meany Hall is available for rental opportunities to on-campus groups and community organizations.

Today, Meany Hall remains dedicated to its mission: to provide a supportive environment for the presentation of engaging and diverse performing arts programs.

One of the first works visitors encounter upon entering the Meany lobby is a bold work by Koren Christofides. Using vibrant colors and layered, expressive brush strokes, Mise en Scene is inspired by the mythological creation stories depicted on ancient Greek vases.

The West Lobby features a piece by renowned artist Jacob Lawrence. Fittingly entitled Theater (1985), the piece was especially created for Meany Hall and evokes impressions of the stage, circus and concert hall - themes that can be traced in Lawrence’s work as far back as 1951 with his series of paintings based on childhood memories of the Apollo Theater in Harlem.

Also featured in the West Lobby is a glass art work by Dale Chihuly entitled Six Starbursts (1996). Chihuly a renowned glass artist, an alumni of the UW School of Art and founder of the Pilchuck Glass School has inspired a renaissance in glass art, particularly in the Pacific Northwest.

Spanning the lobby’s east wall is Guy Anderson’s work entitled Sacred Pastures (1978). Anderson has been a major figure in a style of painting closely linked to our region. His use of subdued light and muted earthy colors suggests the influence of Asian art and philosophy.