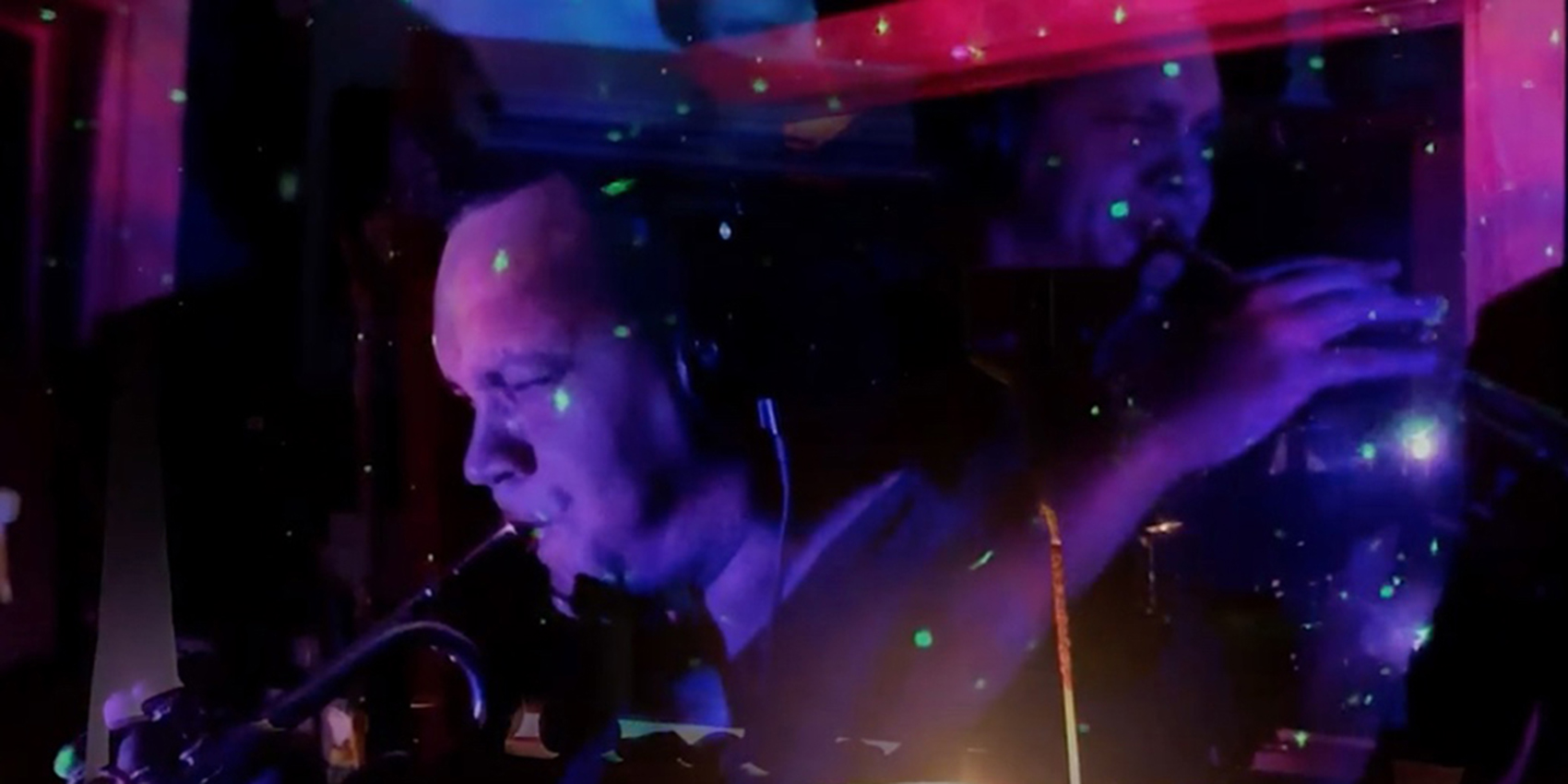 Join us for a live watch party and Q&A with Ahamefule J. Oluo at 5 p.m. on June 25, to celebrate the premiere of The Things Around Us.

This newly commissioned 16-minute music video composition will be followed by a Q&A moderated by filmmaker and cultural critic, Charles Mudede. All are welcome!

The Things Around Us is a piece of solo music and storytelling made from the objects, thoughts and people — and lack of people — around Oluo during the isolation of the pandemic. This work was commissioned by Meany Center as part of the University of Washington’s Arts and Creativity Initiative, in partnership with the Major University Presenters’ virtual commission initiative.

Ahamefule J. Oluo is a Seattle-based multi-instrumentalist, composer, writer, and stand-up comedian. He is a founding member and trumpet player in the award-winning jazz-punk quartet Industrial Revelation, was a semi-finalist in NBC’s Stand Up for Diversity comedy competition, and co-produced comedian (and writing partner) Hari Kondabolu’s albums Waiting for 2042 and Mainstream American Comic, for Kill Rock Stars. Oluo has appeared on This American Life and is a recipient of the prestigious Creative Capital Award. He has premiered two autobiographical musicals at the Public Theater’s Under the Radar Festival: Now I’m Fine (2016), which New York Times theater critic Ben Brantley described as “a New Orleans funeral march orchestrated by Arnold Schoenberg,” and Susan (2020), which Brantley called “virtuosic” and “crackerjack.” Now I’m Fine was adapted into the film Thin Skin, co-written, starring, and scored by Oluo. Thin Skin premiered in 2020 to glowing reviews and won Best Director at the Harlem Film Festival.

Charles Mudede is a Zimbabwean-born cultural critic, filmmaker, and currently Associate Editor for The Stranger, as well as lecturer in English Humanities at Pacific Lutheran University. Mudede collaborated with the director Robinson Devor on two films, Police Beat and Zoo, both of which premiered at Sundance–Zoo was screened at Cannes. Mudede has contributed to the New York Times, LA Weekly, Village Voice, Black Souls Journal, Cinema Scope, and C Theory, which published one of his most popular pieces of writing, "The Turntable". Charles is also on the editorial board for the Arcade Journal and Black Scholar.

Captioning and other accommodations are available by request at ticket@uw.edu.
Questions? Contact mcengage@uw.

Ahamefule J. Oluo: The Things Around Us

“Prior to this pandemic, very little of what I did artistically was solitary,” Ahamefule J. Oluo says of his latest work, The Things Around Us, commissioned by Meany Center .
Learn More