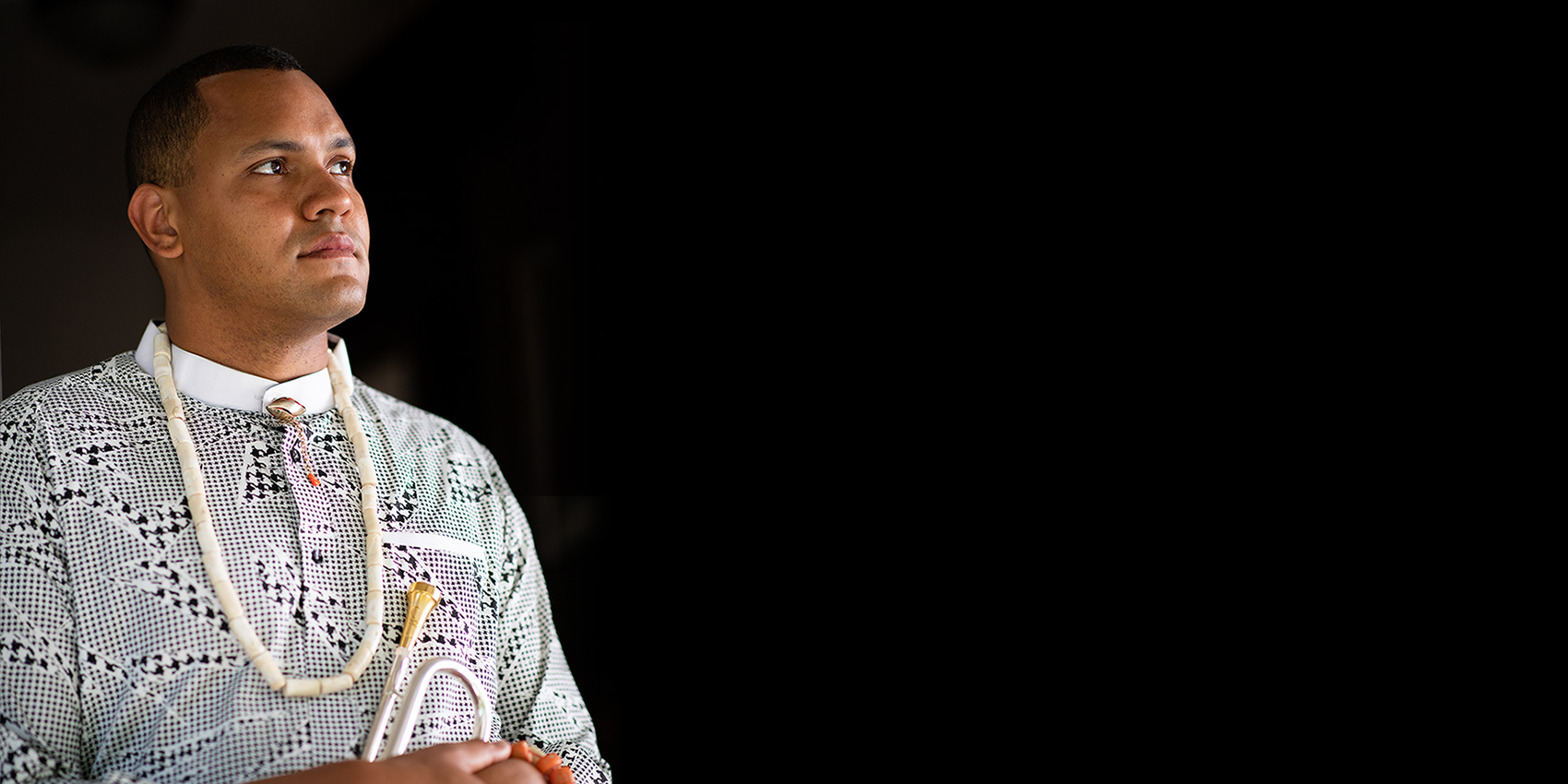 Meany Center presents The Things Around Us, a new music video composition by Ahamefule J. Oluo. This work was commissioned by Meany Center as part of the University of Washington’s Arts and Creativity Initiative, in partnership with the Major University Presenters virtual commission initiative.

The Things Around Us is a piece of solo music and storytelling made from the objects, thoughts and people — and lack of people — around him during the isolation of the pandemic. Oluo says this about the work:

“Prior to this pandemic, very little of what I did artistically was solitary. My first stage show involved touring 22 people with no stage manager and no tour manager. Professionally, I was a people person. Whatever insecurities I have had about my own skills and my own worth as an artist I was able to soothe by focusing on my strength in bringing brilliant people together to achieve a common goal. Sometimes it can be so much less complicated to love the beauty of others. Then, that skill, one I once assumed to be timeless, was rendered useless by the Covid-19 pandemic, and I was left with myself and the things around me. What to make of all of it? How to make with all of it? How do you move forward when you are stuck in one place? This is a piece of solo music and storytelling made from the objects and thoughts and people, and lack of people, around me.”

Ahamefule J. Oluo is a Seattle-based multi-instrumentalist, composer, writer, and stand-up comedian. He is a founding member and trumpet player in the award-winning jazz-punk quartet Industrial Revelation, was a semi-finalist in NBC’s Stand Up for Diversity comedy competition, and co-produced comedian (and writing partner) Hari Kondabolu’s albums Waiting for 2042 and Mainstream American Comic, for Kill Rock Stars. Oluo has appeared on This American Life and is a recipient of the prestigious Creative Capital Award. He has premiered two autobiographical musicals at the Public Theater’s Under the Radar Festival: Now I’m Fine (2016), which New York Times theater critic Ben Brantley described as “a New Orleans funeral march orchestrated by Arnold Schoenberg,” and Susan (2020), which Brantley called “virtuosic” and “crackerjack.” Now I’m Fine was adapted into the film Thin Skin, co-written, starring, and scored by Oluo. Thin Skin premiered in 2020 to glowing reviews and won Best Director at the Harlem Film Festival.