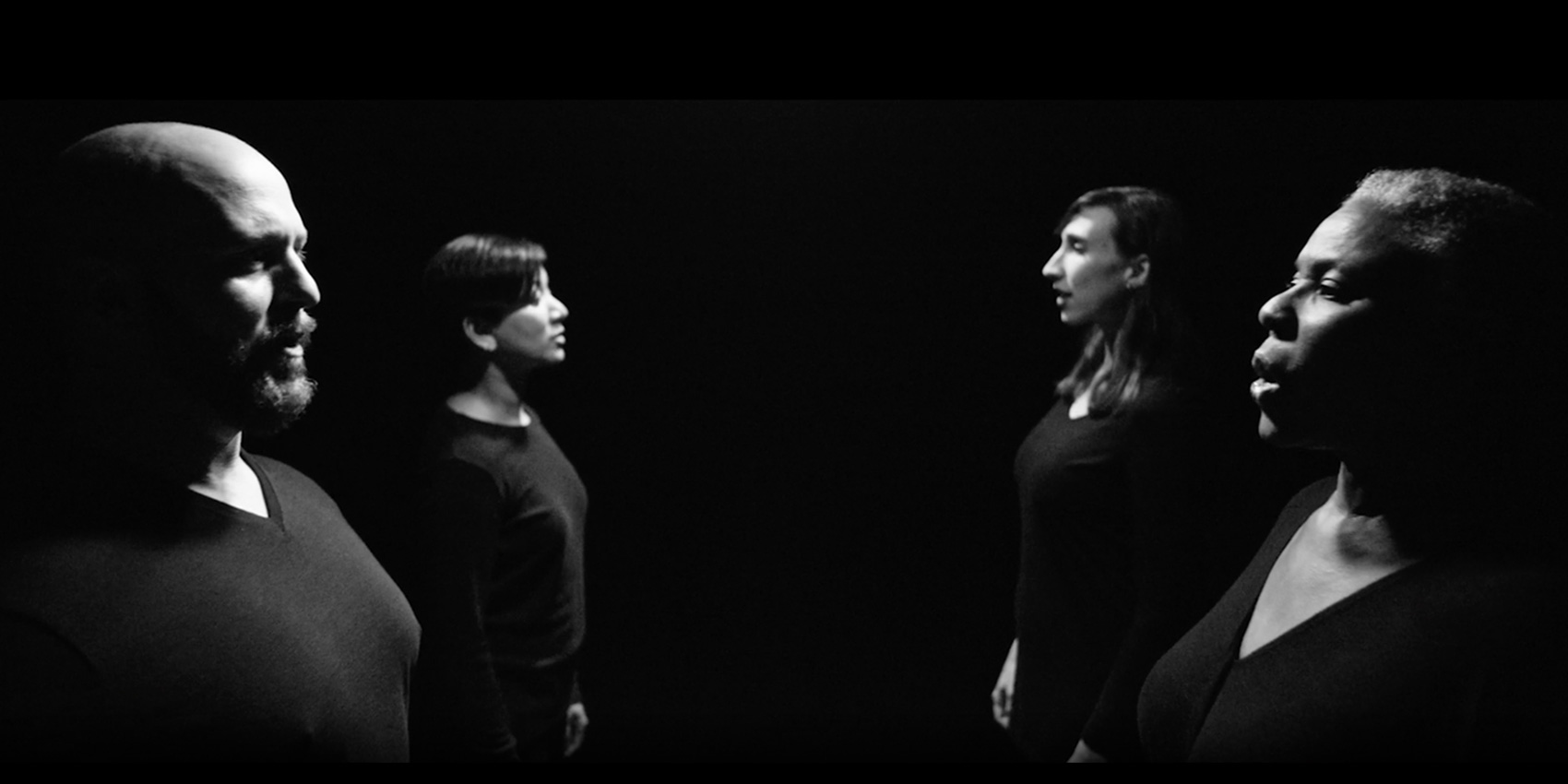 One of the leading professional choirs in the world, the Los Angeles Master Chorale, has shown true artistry, commitment and resilience throughout the pandemic — sharing their voices through online performances. Shine Bright: A Triptych is a suite of music videos highlighting three distinct composers: Reena Esmail, Meredith Monk and Derrick Skye.

TaReKiTa was written by Reena Esmail as a gift for Urban Voices Project, a choir composed of people who have or are experiencing homelessness in Los Angeles. It is based on the bols (sounds) of the tabla, a traditional Indian drum. The result, says Esmail, is “ecstatic, energetic, rhythmic music that feels good on the tongue.”

Meredith Monk’s Earth Seen From Above is about a young girl’s journey to the four corners of our world and beyond, and is from the third and final part of her opera Atlas. Filmed at LA’s Walt Disney Concert Hall, the 10 singers honor the “forward undulation” body movement notated by Meredith Monk in the Atlas score.

Ready, Bright is the fourth piece in Anthems of A Crowd, a collection of choral works that integrates the aesthetics of different vocal traditions found around the world into single pieces. In Derrick Skye's Ready, Bright, the listener hears elements of call and response (found in many cultures, including West Africa) between soloist and choir, as well as between sections of the choir. The piece also includes elements of traditional Ewe music from the Volta region of Ghana. Skye blends his early musical experiences in the Black church with elements of West African traditions and his own LA infused vibe, including the strong influence of hip hop, layered with jazz, gospel and pop vocal traditions.

Reena Esmail is the current Swan Family Artist-in-Residence of the Los Angeles Master Chorale. Reena's Indian-American heritage inspires her work, bridging the worlds of Indian and Western classical music, and bringing communities together through the creation of equitable musical spaces.

Meredith Monk is a composer, singer, director, choreographer and creator of new opera, music-theater works, films and installations. Her opera Atlas was staged by Yuval Sharon and the Los Angeles Philharmonic in 2019 with great acclaim.

Derrick Skye is a composer and musician based in Los Angeles who often integrates music practices from different cultural traditions around the world into his work with classical music communities. The Master Chorale commissioned his work “Ready, Bright,” which was set to premiere during our 2019–20 season but was canceled due to the pandemic. Skye is also the current Artistic Advisor for the Los Angeles Chamber Orchestra.

The stage is bare apart from 21 chairs in two diagonal rows, nine on one side, 12 on the other. But it’s not until near...
Learn More